Thailand is an independent nation at the centre of the Indochinese peninsula in Southeast Asia. Previously known as Siam; up until the bloodless revolution of 1932 when it officially changed its name to Thailand.

Geographically it has an area of 513,120 km² and according to the World Bank, as of 2017, it has a population of 69.4 million people. Slightly more than the UK but in an area twice the size.

There are four very distinct areas of Thailand. The Northern mountains, the Central Plains, the Northeast and the Southern peninsula, where you will find the tropical beaches and islands that Thailand is famous for.

12% of the population live in the capital city, Bangkok.

Thailand is what’s called a newly industrialized economy and relies on exporting refined petroleum, rubber, rice, raw sugar, and gold. This accounts for 50% of its total $455 billion GDP.

Thailand is heavily tourism-dependent, with a steadily increasing amount over the last two decades, and with tourism receipts accounting for between a 9 and 17% estimated percentage points of GDP. The number can only increase from approximately 35 million arriving each year.

Thailand is an exciting and vibrant country with an extremely deep and interesting culture. It has a rich history with several key periods being particularly noteworthy.

A Brief Walk Through Thai History

Information from the Chinese historical records suggests that the Nanchao Kingdom was formed by the Thai people in Southern China. Presently, this is the Yunnan, Kwangsi, and Canton provinces.

With an invasion from North China, the Thai people migrated South to Chiang Rai, Chiang Mai, Sukhothai and the heartlands of modern day Thailand.

The population flourished around Thailand’s Central plains under the Cambodian Khmer Empire whose cultural influence was predominant at the time. Over time, the Thais accumulated their own power and sovereignty and founded the independent state of Sukhothai in 1238 AD.

The 13th century saw the rise of Thai power in the region as the previous Khmer and Mon Kingdoms faced decline.

An independent state, given the name ‘Sukhothai’, was formed in the region of upper Thailand. Sukhothai means ‘Dawn of Happiness’.

They named themselves ‘Thai’ people, which means free.

This was a golden age for the people of Thailand and as its power grew in the region, its economy flourished. Their religion and arts became predominant in the region and now extend into modern-day Burma, Laos, and Malaysia.

Trade with nearby China thrived and the Thai alphabet was invented during this time. Buddhism was also introduced to the Kingdom during this period.

Sukhothai eventually declined in power under successive Kings and was overthrown by the stronger Ayutthaya in 1350 AD.

It was during this period that diplomatic relations with rising Western powers started and traded goods began to flow. Commercial trips began with the West which further strengthened Thai identity and dominance in the region.

Ayutthaya, however, was experiencing consistent struggles with the neighbouring Burmese, as well as internal conflicts. In 1767, this leads to a Burmese invasion of Ayutthaya who then captured the capital.

Phraya Taksin, a young general having escaped to Chantaburi, sailed back to Thailand and seven months after the Burmese victory retook the capital from the Burmese occupation.

Phraya Taksin, fearing further attack from the Burmese, united those under his command and moved the capital to the area of Thon Buri, now just West of present-day Bangkok. The natural surroundings gave a much better defence of the capital.

Being closer to the sea gave rise to better trade and procurement and furthered the continuance of the Kingdom.

This period of Thai history is very short, at just 15 years. Taksin, could not avoid the battles with neighbouring Burma and the rebellions within the Kingdom. He was forced to abdicate the throne and was eventually executed by his generals and his ministers.

The shift then began, which resulted in modern day Thailand.

Following the execution of Phraya Taksin, a former general under his command Chao Praya Chakri took the throne and claimed the title King Rama I.

He became the first King of the Chakri dynasty.

Still ever fearful of a Burmese attack, King Rama I, once again moved the capital, this time just across the Chao Praya river to its current site, Bangkok.

The capital flourished and was named the ‘City of Angels. With the newly formed defences, trade, the arts and architecture were once again re-established.

The Grand Palace was built during this time, with construction starting in 1782.

Thailand changed from the absolute monarchy to a constitutional monarchy in 1932 and finally changed its name from Siam to Thailand.

During World War II Thailand allied with Japan in order to avoid conflict locally but the post-war area saw Thailand maintain allies with the United States. It thus avoided the communist influences around the area with a democratic government being established in 1992.

Thailand in the Present Day

There seems to be a misconception out there that large parts of Southeast Asia are in the developing world.

The tourist brochures for Thailand are filled with images of palm trees on white sandy beaches with fishing boats floating just off the shore.

It gives the impression that much of the population are on subsistence living, living pretty much as Westerners did centuries ago.

Let me pop this idea in here now. 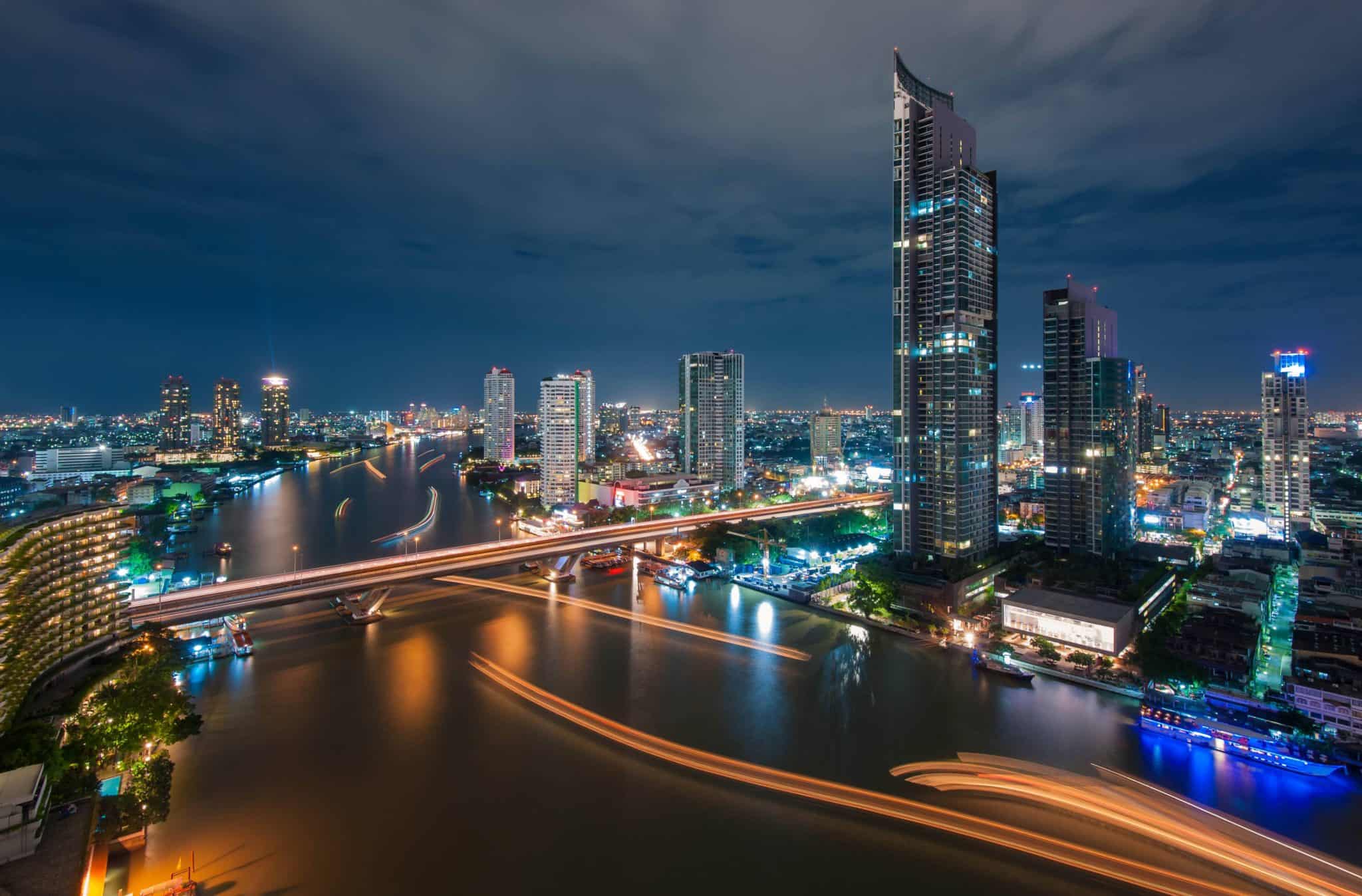 According to the International Monetary fund, World Bank or the United Nations, Thailand is around the 25th richest country in the world with a GDP of $455 billion.

It is economically productive with a slightly positive balance of trade. It is producing more than it consumes and the national debt is a very manageable 40% of GDP.

Now, don’t get me wrong, there is poverty in Thailand but the situation is improving without taking on debt. Every time I go out in Thailand, there are people working from dawn till well beyond dusk, 7 days a week.

The Thai people work hard and several decades of this is paying off.

Capital is being saved and the situation is improving.

The per capita GDP is improving by around $600 per person per year. They have saved 35% of their earnings which is 19th best in the world.

Unified communication systems and infrastructure have been built and following the coup in 2014, there appears to be political stability.

Interestingly, Thailand is one of the few countries never colonized by Western powers.

Tourism is also on the rise which is a significant part of the Thai economy.

Over 30 million visitors a year come to Thailand and this number is increasing with the average daily spend also going up to around 5,200 baht per day.

Thailand’s success means that a lot of the neighbouring countries are experiencing a migration of labour as workers flow to where the work is.

Neighbouring Cambodia, Laos, and Myanmar are experiencing an outflow as migrants search for work in Thailand.

Thailand has been performing well for decades and you can sum up why it will continue to prosper with a single word.

While the West was in the grip of the dark ages, Asia was an economic powerhouse.

Asia then declined as the West with the Dutch, French, British, Spanish and the US all had empires.

Today, that situation is reversing. Asian countries are producing more than they consume and the West is going into debt to consume Asian products.

The West is becoming decadent and complacent while Asia is prospering and working hard.

Jim Rogers, one of the most famous investors in the world has this to say… 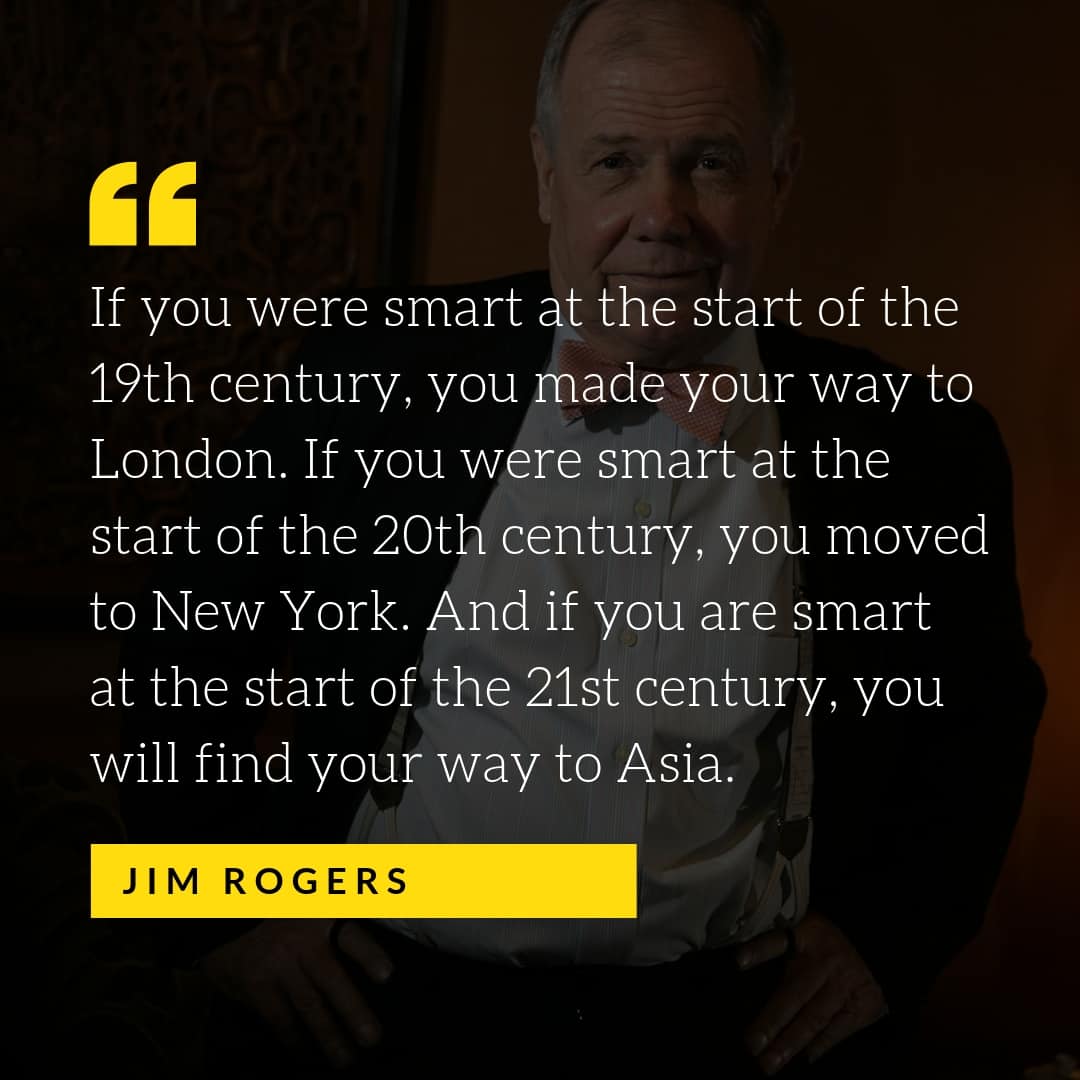 There will be a huge impact on the rise of China in the new era and the whole of Southeast Asia will experience prosperity because of it.

The statistics are quite simply staggering.

China’s middle class is not only getting richer and spending it on domestic products, it’s fueling a global tourism market.

Consider this, China has been the largest supplier of tourists across the globe since 2012 and in 2016, expenditures abroad rose to a quarter of a trillion dollars ($261 billion).

Chinese tourists are growing by a million a year to Thailand.

It’s not just the tourists either…

According to data from China’s Ministry of Education, in 2015 alone; over 523,000 Chinese students studied abroad. According to the latest research, over 80% of wealthy Chinese wanted to send their children abroad to study.

Most are going to the US or the UK to learn English but Thailand is fast becoming a contender.

The story of Denver, Colorado makes a good analogy for the future of Thailand.

Denver started out as a gold mining town and was prospering well enough. Some investors then built a railway line from Cheyenne to Western Kansas, making Denver a transportation hub.

From that point on, Denver flourished much better than other cities.

Thailand is producing a lot of commodities that China requires to fuel her growth. Exports are good and the Thai people are working hard and consuming less than they produce.

China has been an empire several times in its past and is becoming so again.

The rise of the new Chinese empire on Thailand’s doorstep will put ‘booster rockets’ on their future success.

China’s belt and road initiative will conduct, commerce, trade, and tourism around Asia like never before. 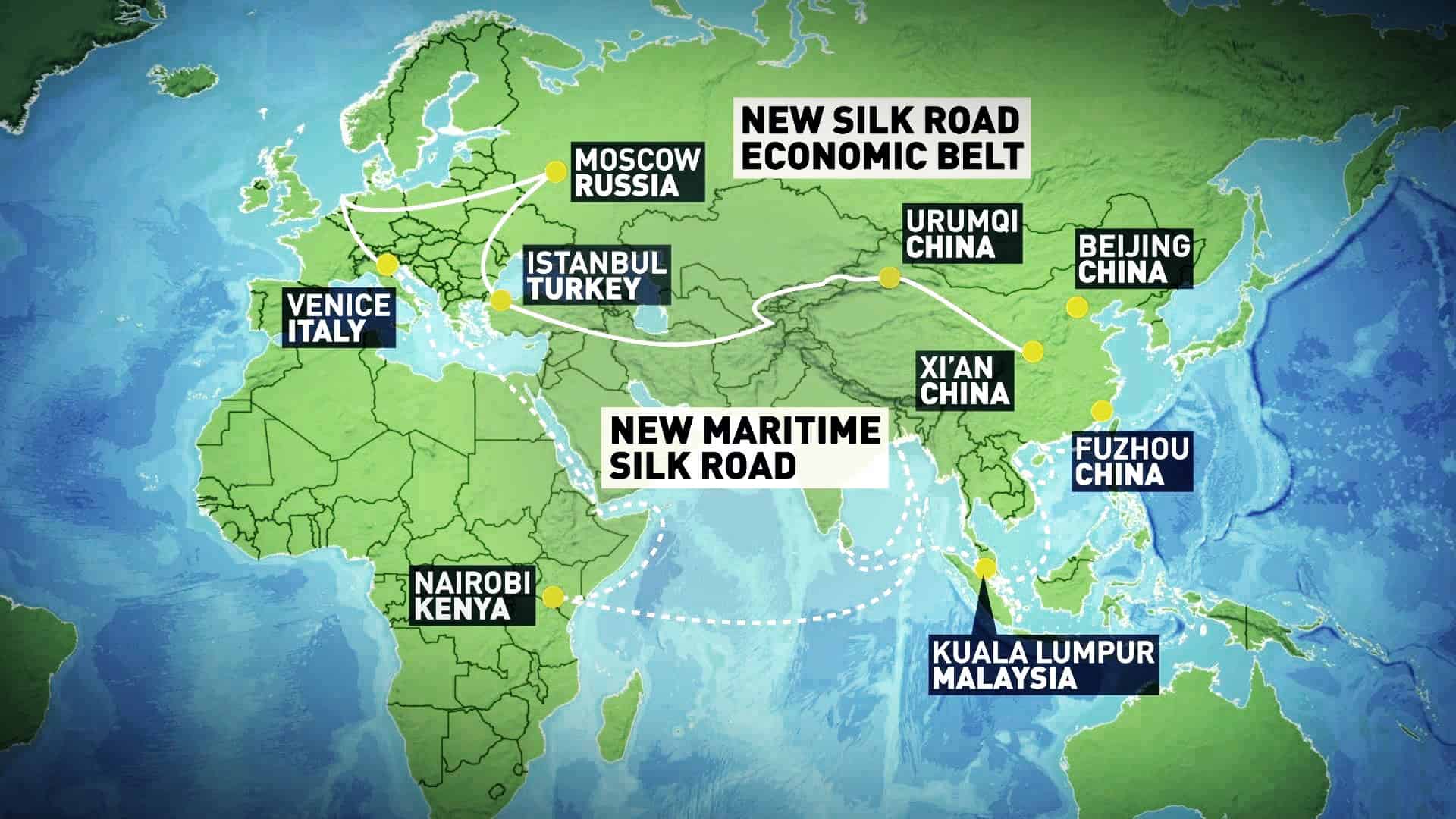 The middle class in Asia is expanding rapidly and with it comes greater freedoms and prosperity.

The West will almost certainly experience a brain drain to Asia in the coming years.

Switzerland, Luxembourg, Sweden and Norway, they have never been empires but their people experienced better prosperity due to their proximity to the wealth and shared culture.

In the coming years, Thailand will boom as the whole region experiences a profound change in their lifestyles.